AN1.com    →    News    →    Novelty    →    Redmi 7 Pro images have leaked to the Web
The well-known news portal IGeekPhone.com declassified the image of the not yet announced state employee Redmi 7 Pro. According to the data provided by the publication, the smartphone will receive major changes compared to its predecessor - Redmi 6 Pro. 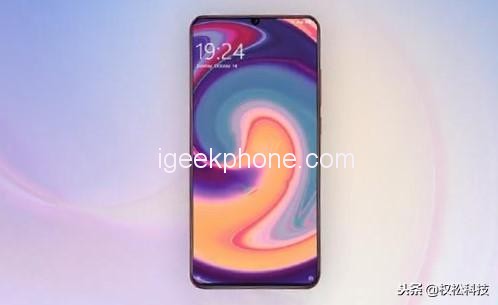 The smartphone will get a Snapdragon 710 chipset, and also get the third photo lens of the main camera. At the top of the screen is a small cutout, behind which is a 12-megapixel camera.
Basic equipment will be presented 4 GB of RAM and 64 GB of ROM, premium - 6 GB of RAM and 128 GB of ROM.
According to rumors, the smartphone will be sold at a price of 215 dollars.
Next News
LG patented smartphone with 16 cameras

Beta MIUI 12 may appear in the coming days

The new Experience shell will receive an updated design

President of HTC revealed the company's plans for next year