AN1.com    →    News    →    Novelty    →    Xiaomi led anti-rating of high-emitting smartphones
For the second consecutive year, the Mi A1 smartphone of the Chinese manufacturer Xiaomi ranks first in terms of the harmful effects on the user. There is a generally accepted classification of radiation, measured in SAR. In Germany, the smartphone will not pass certification if its SAR value exceeds the figure of 0.6. American requirements are a little softer - gadgets with a rate of 1.6 are permitted. In Europe, a level of 2.0 is considered safe. 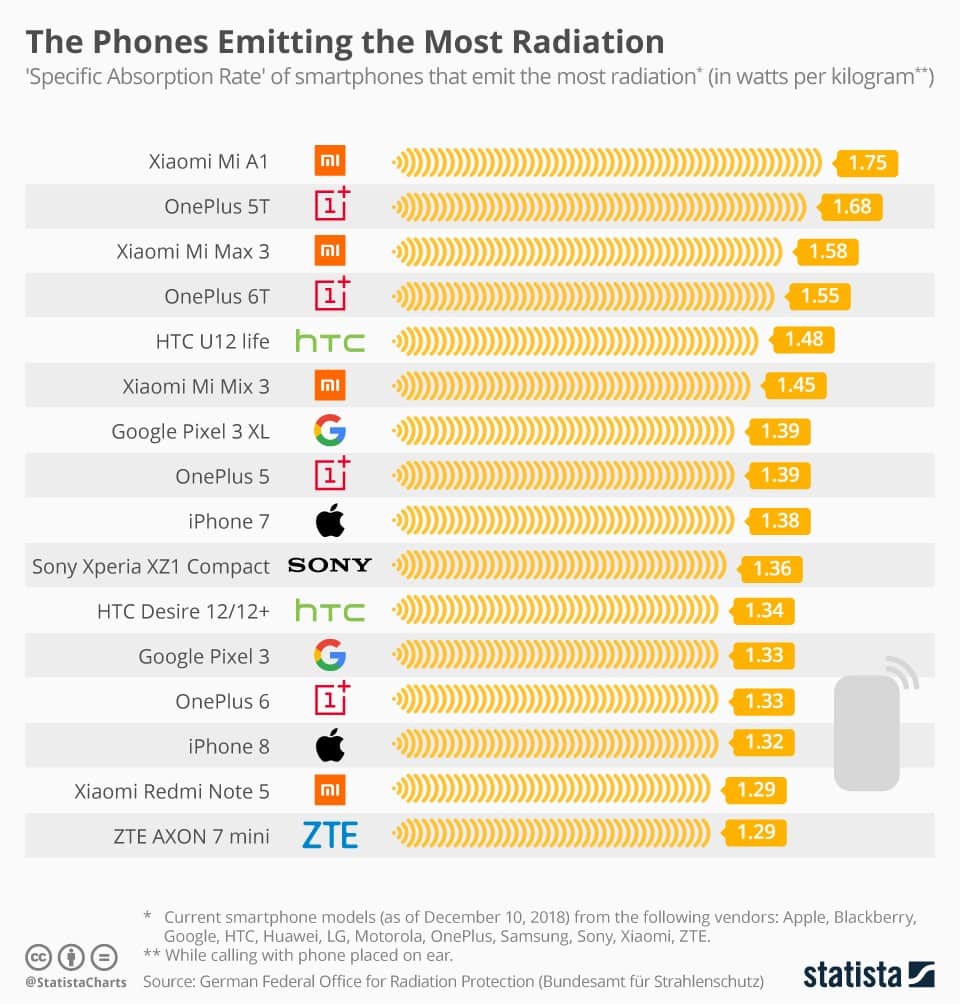 The most harmful smartphone, according to Statista, is Xiaomi Mi A1, with a SAR level of 1.75. Only 0.12 to him inferior to OnePlus 5T. Closes the three most harmful gadgets - Mi Max 3 with a radiation level of 1.58. The list of harmful smartphones is made by 16 devices, 4 of which belong to the Chinese concern Xiaomi and 4 to the Chinese concern OnePlus.
Next News
Vivo is intrigued by the creation of a new sub-brand iQOO