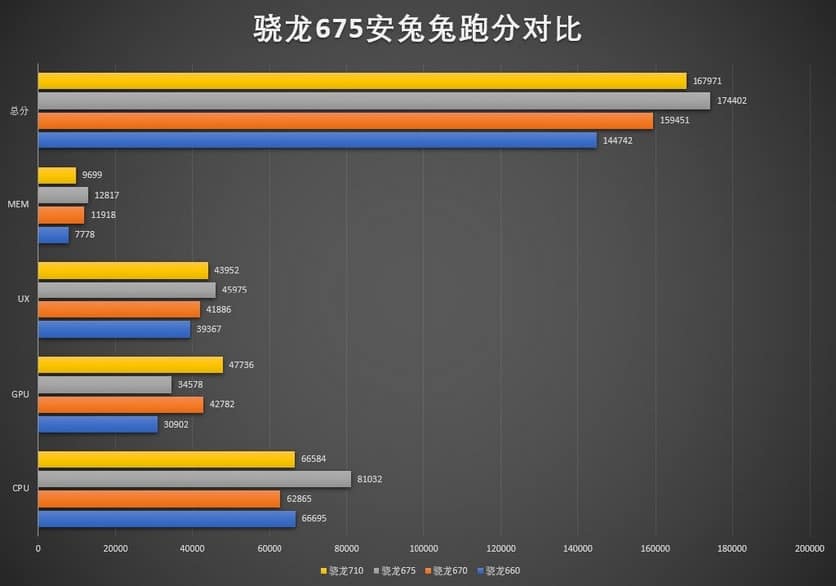 The other day in the history of the benchmark AnTuTu, finally, the first results of the test of the new processor. According to the presented figures, the chipset scored more than 174 thousand points, which is significantly higher than what Snapdragon 660 and Snapdragon 670 could show, which in a similar test reached 150 thousand and 144 thousand, respectively.
In addition, the current result even exceeded the figure of the new Snapdragon 710, which managed to score only 168,000 points.
Next News
1 TB cards from Longsys will be available soon

Qualcomm will rebrand its mobile processors

Samsung named the price of the unannounced Galaxy S21 FE

Chinese do not buy Samsung

Full version of Windows 10 in Nokia