AN1.com    →    News    →    Novelty    →    Samsung and Xiaomi will present the new February 20
Only a week is left before the two largest global manufacturers of smartphones will introduce their long-awaited innovations: Samsung and Xiaomi. South Koreans are preparing to show the Galaxy S10, and the Chinese - Mi 9. Both announcements will take place on the same day - February 20. 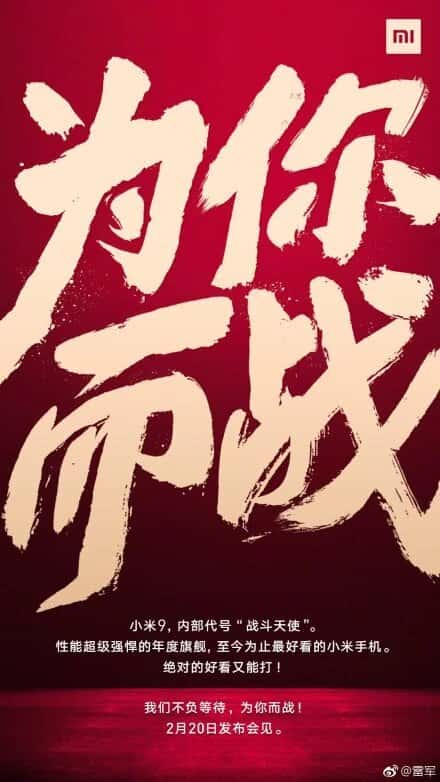 Judging by the numerous posters, on the 6.4-inch screen of the Mi 9 there will be a small drop-shaped cut-out, and the main camera will consist of three lenses. Simultaneously with the face scanner, a subscreen fingerprint scanner will be invoked to protect sensitive user data.
In addition to the basic version, an improved version - Explorer Edition will also be presented.
Next News
Google plans to take advantage of temporary failures of Apple

A real snapshot of new items from OnePlus

Images of the fourth generation Pixel

Director Meizu intrigued by the next flagman smartphone