AN1.com    →    News    →    Novelty    →    The first tests of the new ASUS smartphone on the flagship chip Snapdragon 888 appeared
In the history of Geekbench benchmark tests appeared one interesting result. The unannounced ASUS smartphone, codenamed I005DA, managed to score 1081 points in the single-core test and 3584 points in the multi-core test on December 8. Such high results were largely due to the presence of the top-end Snapdragon 888 chip. 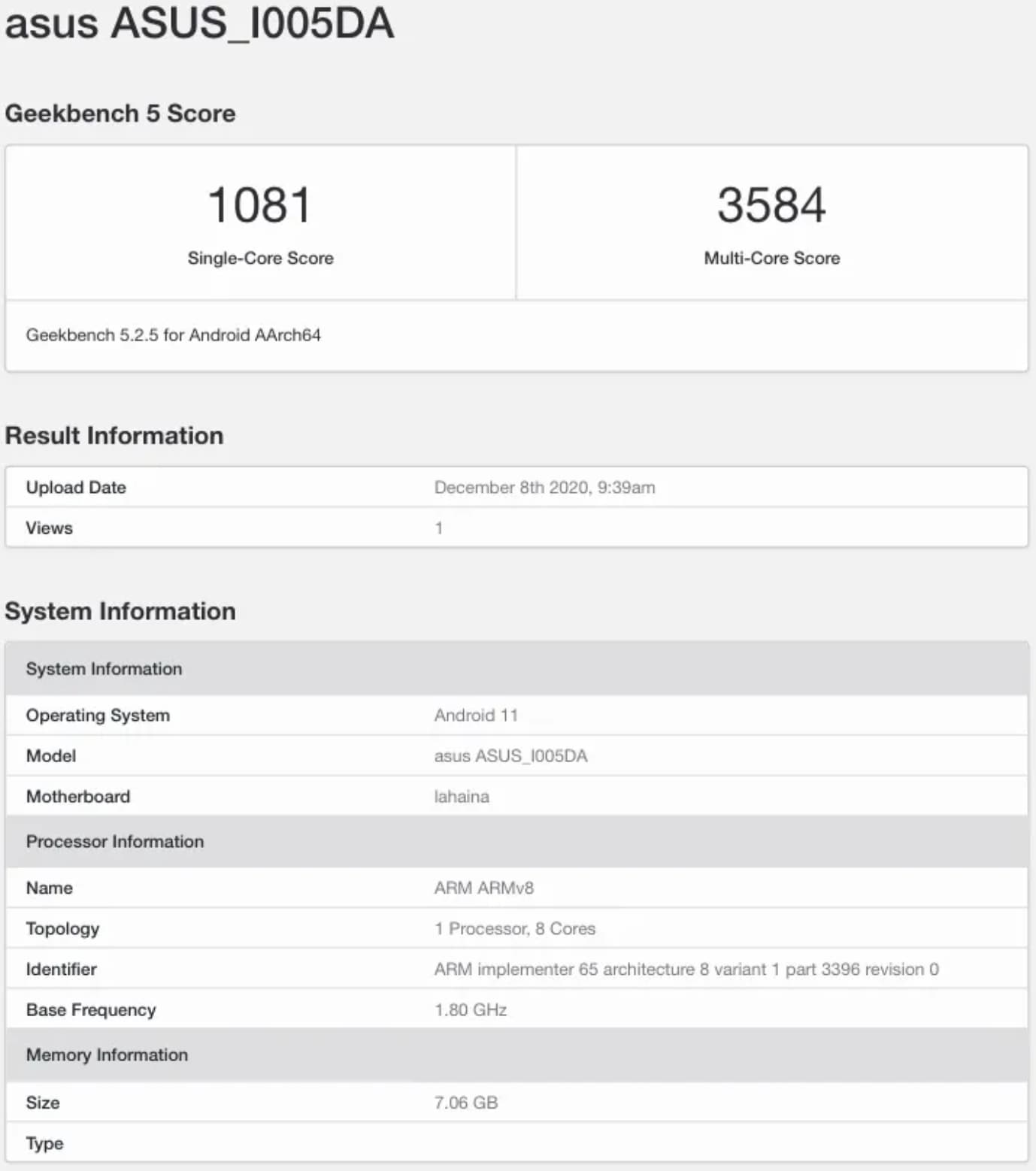 Analysts suggest that the flagship smartphone is likely to be the ROG Phone 4. Judging by the source, the device will run on Android 11 and will get 8GB of RAM. However, the manufacturer will probably make several versions of the device with different amounts of RAM.
At the moment ASUS has not announced the date of the announcement of new products and their main characteristics.
Next News
Samsung is preparing to launch four foldable smartphone models next year

Meizu 16Xs will be presented in Beijing next week

Roblox unexpectedly surpasses Minecraft in the number of active users

Insiders shared details about the future of Samsung Galaxy Fold 2