AN1.com    →    News    →    Windows    →    The programmer run Windows 10 on an engineering calculator
From time to time, fun enthusiasts make attempts to install operating systems on gadgets that are not designed for this. Last week, it became known that one of these managed to run Windows 10 on a calculator. No matter how funny this may sound, the system logo actually appeared on the small screen of the device. 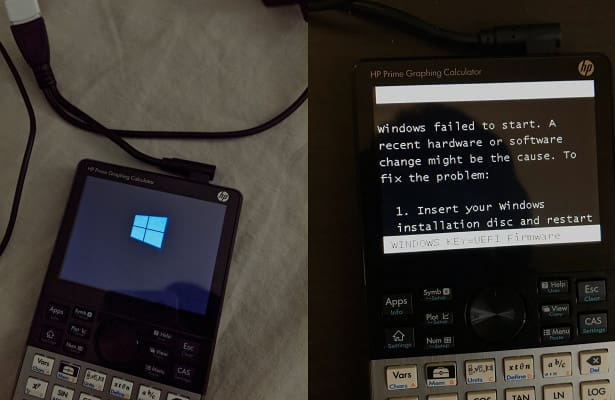 Developer @imbushuo posted a video on his Twitter page in which he successfully launches Windows 10 IoT Core (the Windows version for the Internet of things) on the HP Prime Graphing Calculator engineering calculator. Although this device is not an ordinary calculator, having a more or less sane screen size and 256 MB of RAM, however, running a fresh version of the operating system on it was very difficult.
Next News
Microsoft has stopped supporting Windows 10 Mobile

Windows 10 prevents the installation of Internet browsers Firefox and Chrome