AN1.com    →    News    →    Android    →    ROG Phone 2 topped the AnTuTu flagship rating
On the eve of the well-known performance test, AnTuTu laid out the next smartphone rating in terms of performance, and the devices competed in two categories: the first got flagship models, and the second - middle-class devices.
According to the table, with the result of more than 496 thousand points, the victory in the category of flagship models was confidently won by the gaming ROG Phone 2 in the 12/512 GB configuration. The second and third places went to the base and maximum versions of the OnePlus 7T smartphone, respectively, both devices lost about 14 thousand points to the leader. 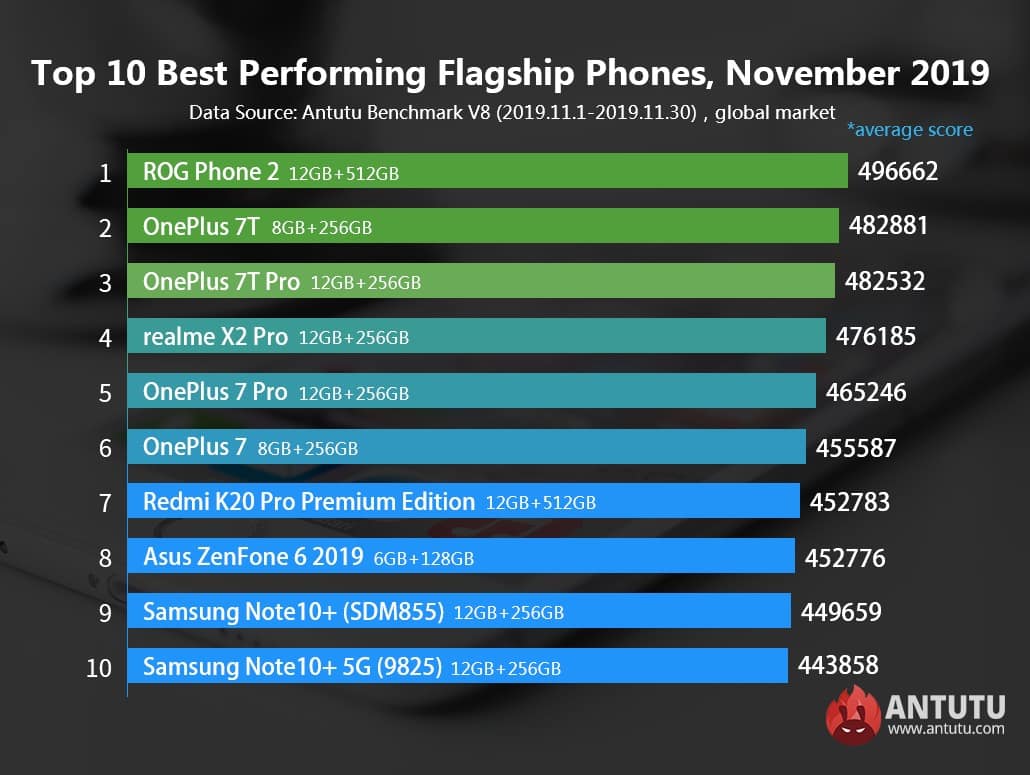 Google has decided on the best apps of 2021

Google has tested new system on the Huawei