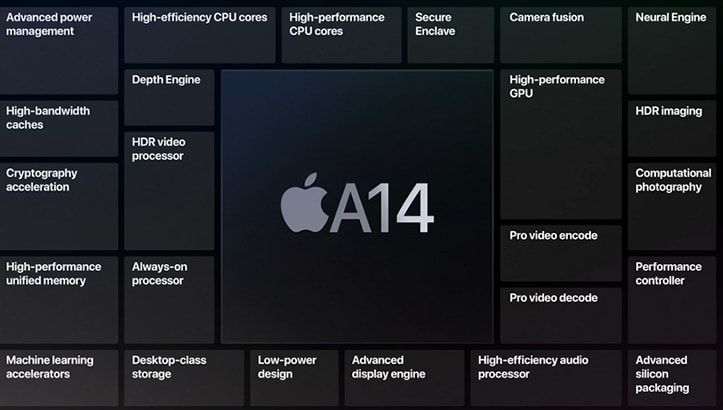 So, the chip is produced using 5-nanometer technology, which allowed to place 40 percent more transistors than in the 7-nanometer A13, and now their number has reached 11.8 billion. The dramatic increase in the number of transistors has greatly improved the performance of the chip. Thus, according to the manufacturer, the iPad Air 4 with the new chip will be 40 percent faster, with no significant increase in power consumption even at peak loads.

The chip's neural coprocessor is now able to perform about 11 trillion operations per second, twice as much as the previous generation processor.
Next News
Prices for smartphones iPhone 12

The prices for new models of iPhone