AN1.com    →    News    →    Android    →    Redmi became the best trademark in price/performance
The experts of AnTuTu benchmark decided to consider the smartphones in terms of price/performance and created an alternative rating that would show the most successful models. For greater objectivity, the smartphones were divided according to their cost. 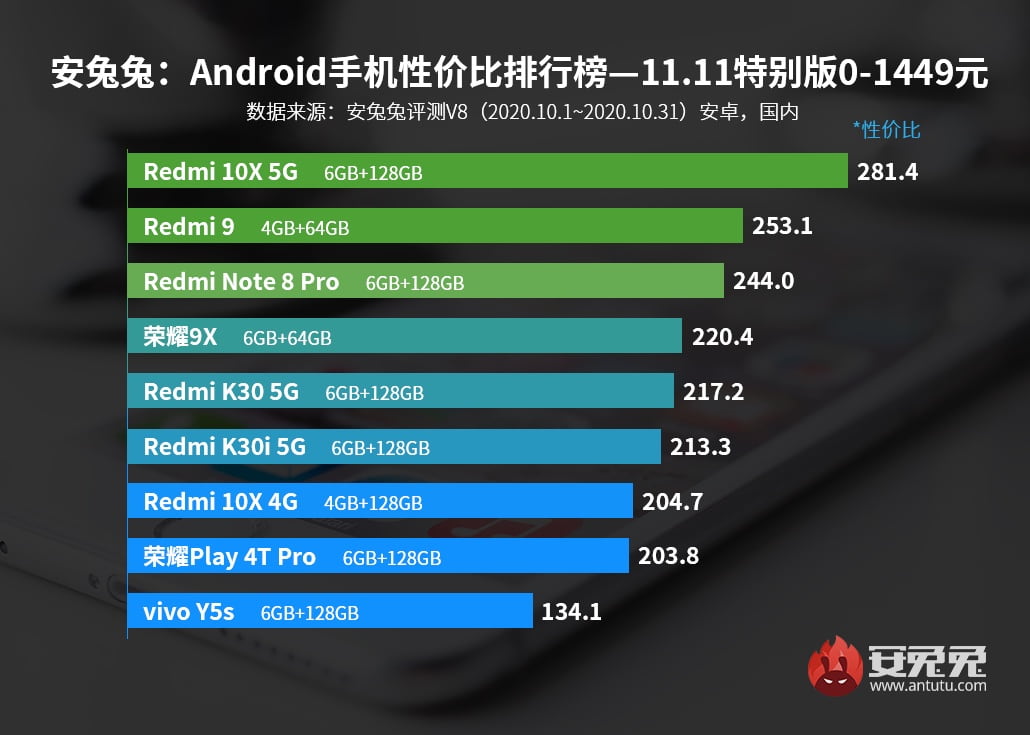 In the senior price category, experts called the best choice of iQOO 5 Pro, which beat Meizu 17 Pro and Xiaomi Mi10 Ultra.
Next News
About 30% of Android smartphones will experience difficulties with the opening of sites in 2021

Release of the Android-version Fortnite