AnTuTu traditionally forms the top of the best smartphones of the month, which were tested in the system. This time with a gap of almost 22 thousand points all bypassed the Pro version of the gaming smartphone Black Shark 4s. Second place went to his fellow gamer Pro-version Nubia Red Magic 6s. And closed the top three iQOO 8 Pro, which, although it has a powerful Snapdragon 888 Plus, is not a gaming device. 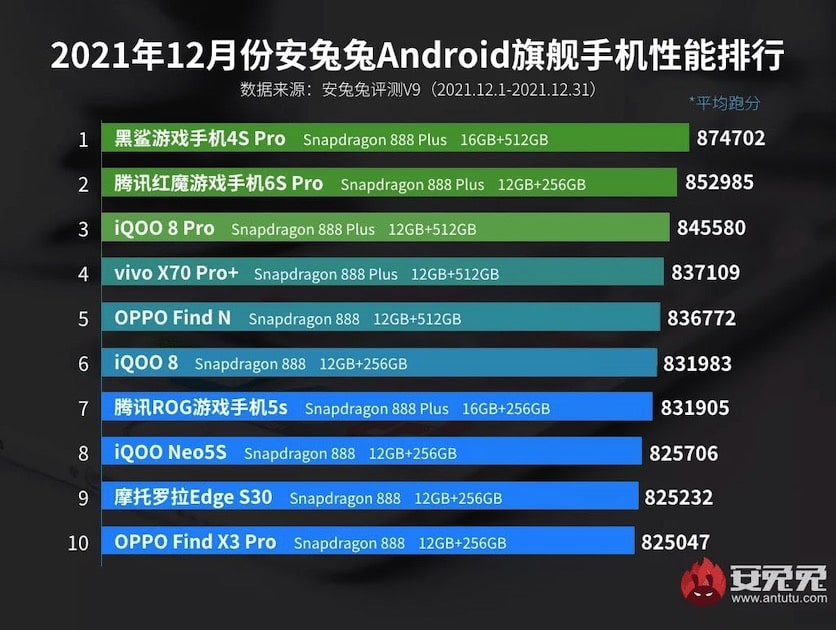 In addition to the above, in the top 10 December ranking included iQOO 8 and Neo 5s, OPPO Find N and Find X3 Pro, vivo X70 Pro +, ASUS ROG Gaming Phone 5s and Motorola Edge S30.
However, it should be noted that the ranking did not include smartphones with Snapdragon 8 Gen 1, which according to preliminary data will lead the January AnTuTu ranking.
Next News
Wi-Fi Alliance updates Wi-Fi 6 standard

Huawei is preparing to show the updated SuperCharge charger

Pixel 3 XL surfaced on the Internet