AN1.com    →    News    →    Novelty    →    Samsung Modular PC
Most recently, Samsung has unveiled an unusual computer ArtPC Pulse, consisting of two blocks: computing and speaker Harman / Kardon. It seems that this is only the first such device from the South Korean giant, and in the future we can see more interesting realization. These findings arise from a new patent Samsung, which describes a modular computer. It is important to note that Samsung - is not the first manufacturer who invented such a device: the market already there are similar devices from HP and Acer. 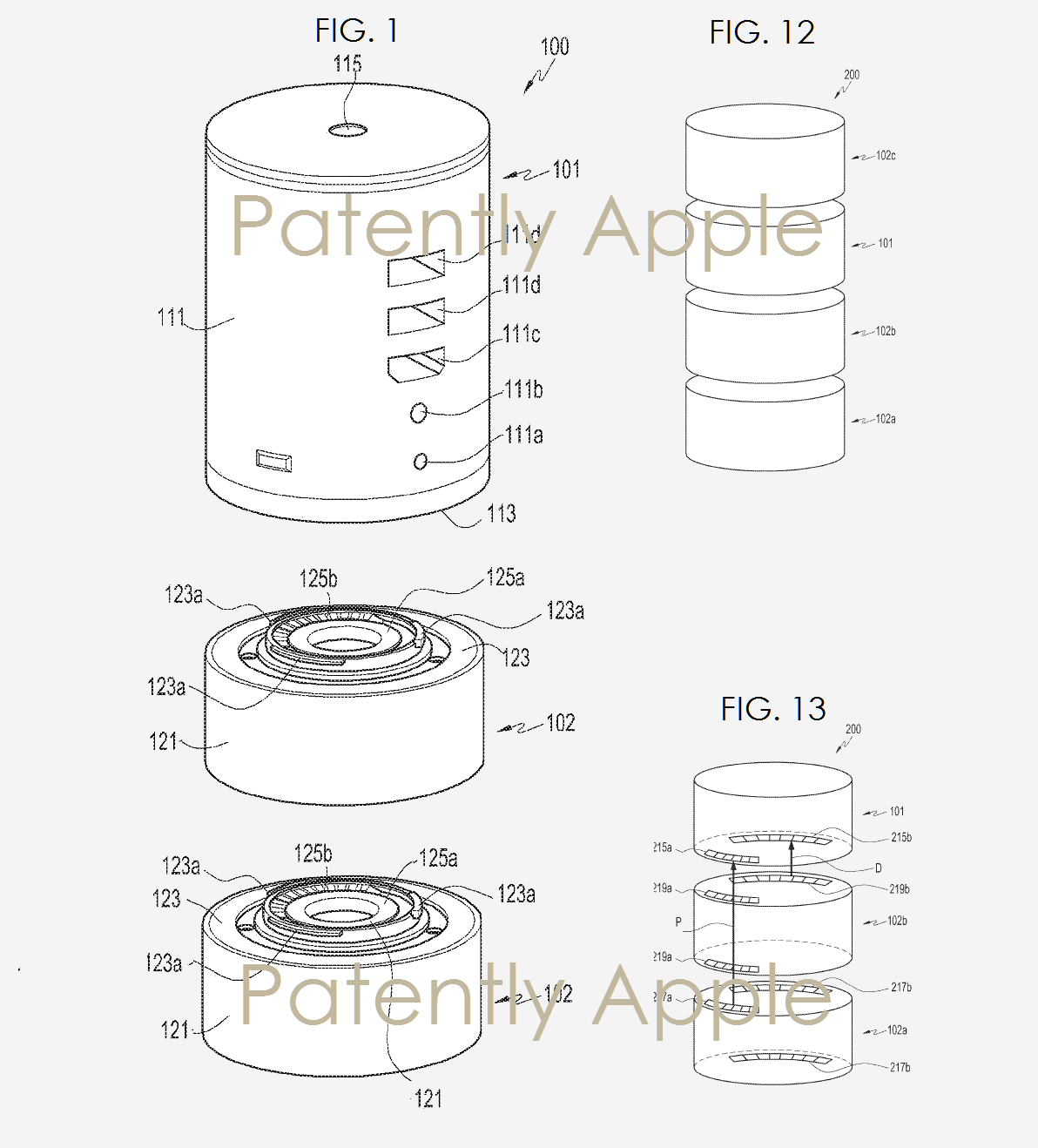 The patent describes an example of a computer unit, which consists of three separate units, each of which performs a task at the first embedded battery, the second - the graphics processor or the additional drive and the speaker can be installed in the third. Also, the computer may be additional modules with various sensors (temperature, light, humidity, and other approximation), wireless interfaces and other components. All of them are connected to each other by stacking. The user can choose the modules he needs and what is not. Thus it is possible to build a computer for specific tasks.

Will Samsung did issue such computers or they will remain on the pages of patent applications - is still unknown.
Next News
New Chinese supercomputer

Samsung is preparing to introduce another mid-range smartphone

Samsung will start producing Exynos chips for OPPO and Xiaomi