AN1.com    →    News    →    Novelty    →    Artificial Intelligence in Samsung Galaxy S9
Future Samsung flagman will be equipped with a new chip with artificial intelligence. This is said, then, that a little earlier the company bought up absolutely all Snapdragon 845 processors, leaving nothing to competitors. The first in this area was the campaign Huawei, which in its flagman devices Mate 10 and Mate 10 Pro built in self-learning artificial intelligence. The first processor with this innovation became Kirin 970, according to Huawei, the introduction of this function will greatly simplify the daily use of the device, the correct execution of commands. Devices that will have artificial intelligence will be much more convenient to use and they will be able to correctly recognize the user's needs. 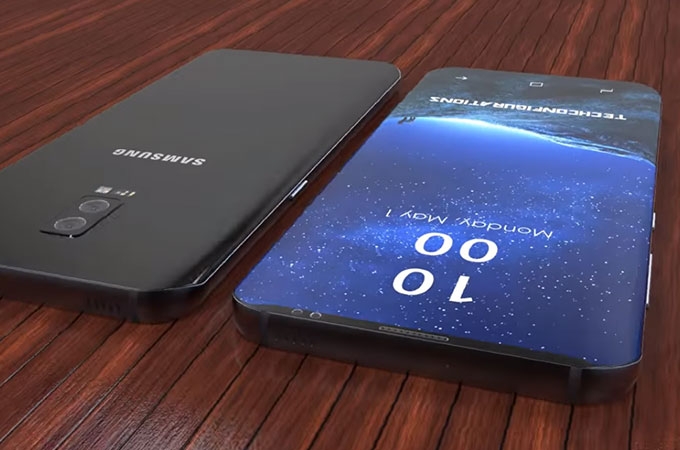 For what functions will AI be used so far remains a mystery, but according to unofficial rumors, the future flagman from Sumsung S9 and S9 Plus will not only get an improved fingerprint scanner, but also a 3D face scan, whose work will be based on neural networks. Based on the fact that last summer Qualcomm released a rather unusual set for Snapdragon Neural Processing, it is more likely that the new technology will appear already in Snapdragon 845, the future is very close!
Next News
VR keyboard from Logitech

Published photos of unannounced Meizu 15 Plus

Meizu 16 Plus will be bezel-less