Novelty
The developers of one of the most popular applications to test the performance of the smartphone AnTuTu for the year amounted to the rating of the most frequently tested processors. According to the research, most of the time last year it was tested by Snapdragon 835. More than 15 percent of users tested it exactly, which is not surprising, given that this chipset is the flagman. 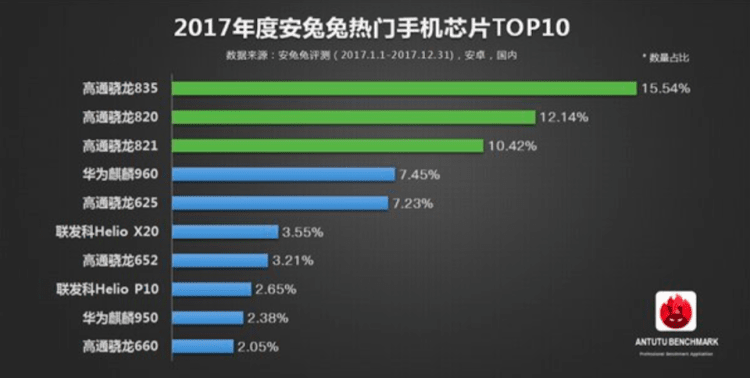 The second most popular was Snapdragon 820, which just a half percent ahead of its fellow Snapdragon 821 processors, respectively, 12 and 10.5 percent popularity. Slightly diluting the hegemony of the Snapdragon processors, Kirin 960 emerged in fourth place. As a result, Qualcomm gained a notable victory in the rating, more than half of all the AnTuTu checks were on the products of this brand. In addition to the above models, Snapdragon 625, 652 and 660 were included in the AnTuTu rating. Given that this year Qualcomm will introduce Snapdragon 845, there are all chances that, as a result of this year, again will win Qualcomm products.