AN1.com    →    News    →    Novelty    →    BlueStacks introduced the fourth version of the proprietary emulator
On the eve of a new version of one of the most popular in the world of BlueStacks emulators. According to the developers, the updated version will be much more productive and will certainly appeal to the owners of not the most powerful computers.
Marketers said that the new version outperformed BlueStacks 3 in performance eight times, and also more powerful than the iPhone X six times. In fact, they compare the test results in the AnTuTu benchmark by installing the emulator on the powerful MSI GE63 Raider gaming computer.
Under normal conditions, most emulator users will install it on their inexpensive computers, and the results will be much worse. 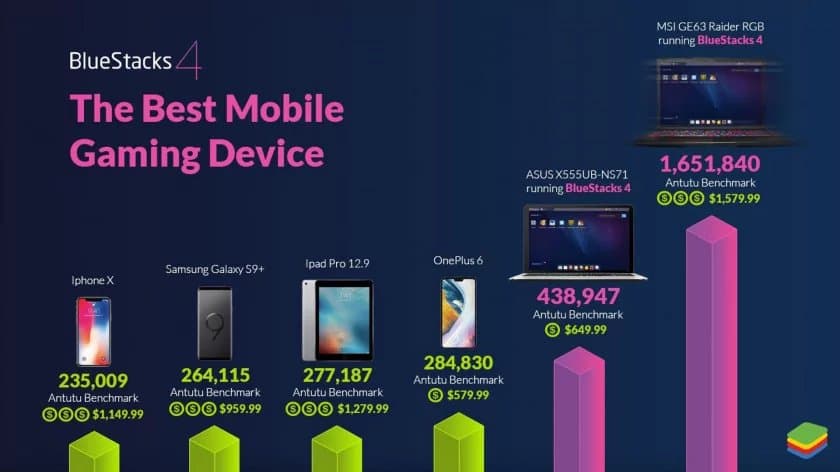 Nevertheless, the developer guarantees that on the weak computers the performance gain of the new version of the emulator will be visible to the naked eye, and the games will go more smoothly.
BlueStacks 4 runs on Android 7.1.2.
Next News
Nubia Z18S surprised with two color displays

Google scared of the refusal of support for tablet

Announcement of OnePlus 7 Pro will be held on May 14