AN1.com    →    News    →    Novelty    →    The architecture of the new Kirin 980 processor
The other day, the benchmark AnTuTu laid out the next rating of the most powerful Android-based smartphones, which was expectedly “occupied” by the new Mate 20 series. The smartphones use the latest 7-nm Kirin 980 processor, which is currently breaking all records and demonstrating incredible characteristics. He is much faster and more economical than his previous version of the Kirin 970. 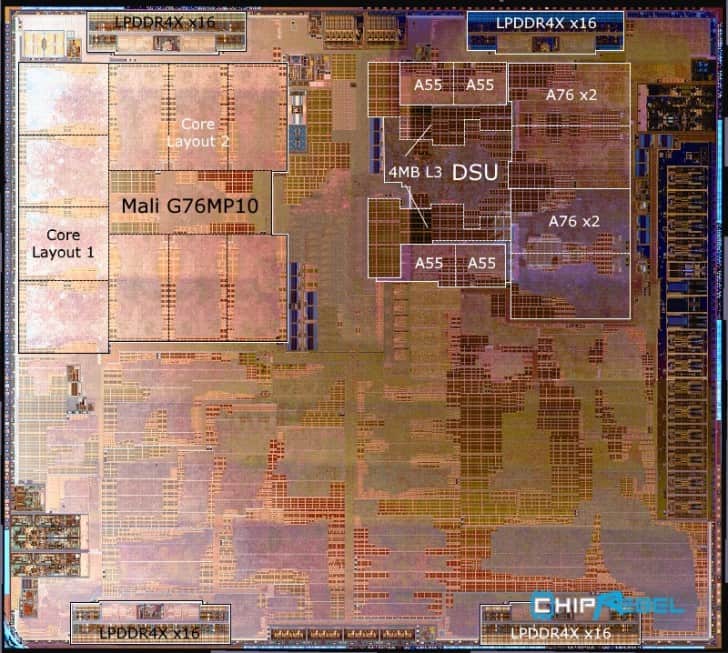 The other day photos of a crystal of a new processor got to the Network, on which one can easily examine its structure. Judging by the pictures, the exact area of ​​the crystal is 74 mm², which is about a third less than its predecessor. In addition, the architecture and the device of the 8-core processor are perfectly visible.
Next News
LG has patented a new design of smartphones