AN1.com    →    News    →    Novelty    →    Geekbench declassified a powerful filling of unannounced Google Glass 2
The announcement of smart glasses from Google’s second generation can be expected not earlier than next year, and some data about the hardware of the future gadget has already appeared on the Web. The data insider was the well-known benchmark Geekbench, in the history of checks which journalists from MySmartPrice found the results of testing an unannounced device. 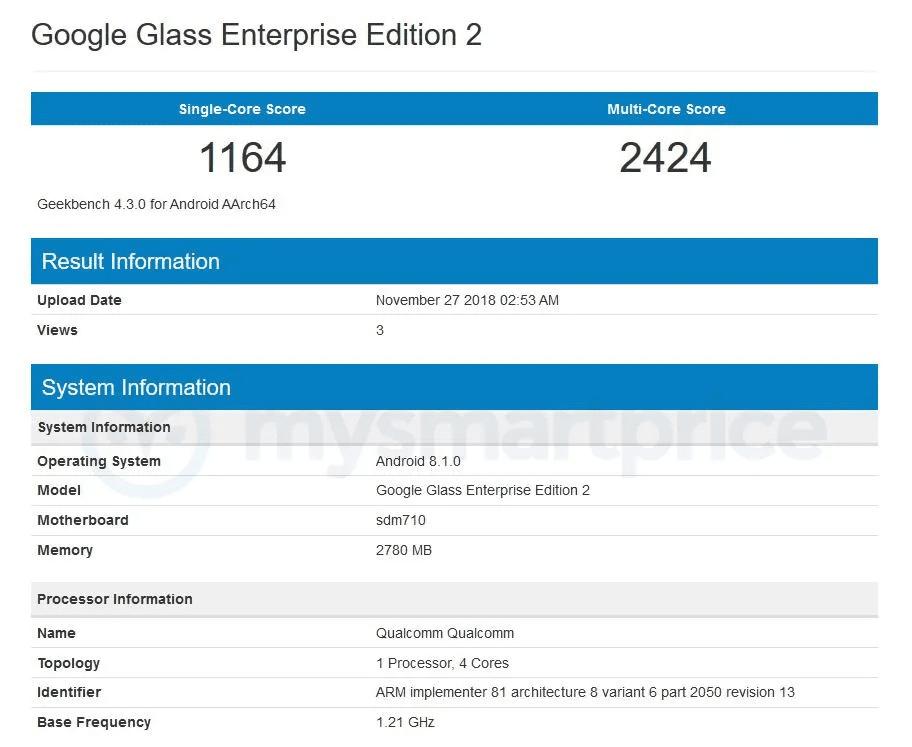 Points will work on the basis of a fairly powerful Snapdragon 710 chipset, in conjunction with 3 GB of RAM and Android 8.1 Oreo. At the moment there are no test results in the base of the benchmark, it seems that they were removed from the history under the onslaught of Google.
According to rumors, a new generation of glasses will get a more powerful battery, and judging by the test results, a more efficient processor. The cost of the device according to analysts will be up to $1,500.
Next News
Huawei Nova 4 with a front-facing camera integrated into the screen.

Elon Musk is working on the Tesla Phone

Samsung is working on an AMOLED 1000 PPI display