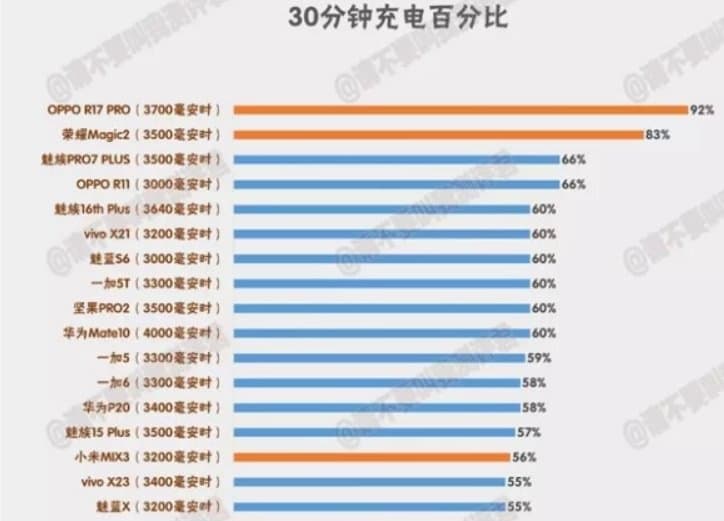 The most "bright" was the OPPO R17 Pro. During the charging period of half an hour, the smartphone showed 92% of the charge, Honor Magic 2 with the result of 83% won the second place and, finally, by a large margin, third place went to the Oppo R11 and Meizu Pro 7 smartphones.
Thus, in the creation of fast-charging technology, at the moment the Chinese company OPPO has no equal.
Next News
Snapdragon 855 Parameters

Samsung surprised by the unusual patent with "retractable" display