AN1.com    →    News    →    Novelty    →    Pixel 4 was tested in Geekbench
Traditionally, Google presents a new version of its “pixels” every fall. Apparently, the engineers of the Corporation of Good have already started to work on Pixel 4, since the result of the engineering version of the smartphone appeared in the Geekbench database. 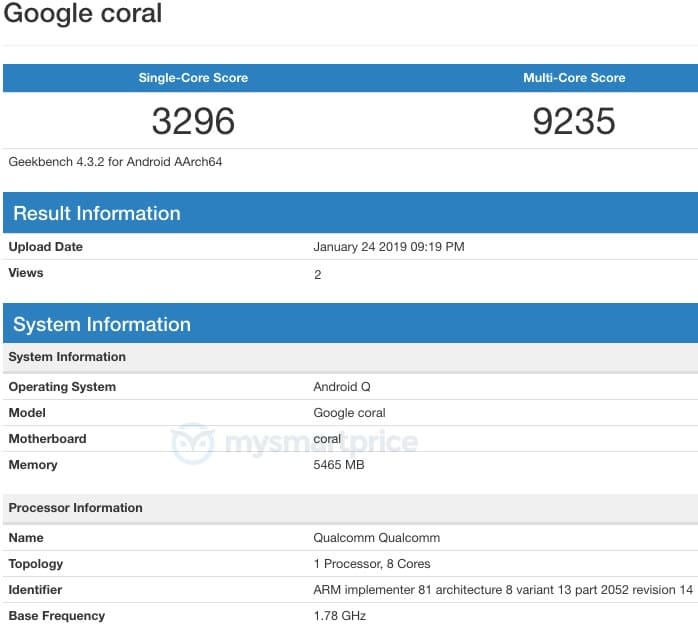 The device under the name of Google Coral scored 9235 points in the multi-core test mode and 3300 points in the single-core mode. The smartphone, judging by the description, has a Snapdragon 855, as well as 6 GB of RAM, which is significantly more than the rather modest 4 GB in the third series of "pixels". Coral works on unannounced Android Q.
The release of Android Q will happen in September, just at the same time with Pixel 4.
Next News
Pixel 3 defeated iPhone XS in the battle of cameras

Samsung working on a new chip in collaboration with AMD