AN1.com    →    News    →    Novelty    →    Huawei decided on the date of the P30 presentation
At the end of March, a year after the announcement of the P20 series, Huawei will hold a presentation of the new items - the flagship devices of the P30 series.
Recently, the Chinese company in honor of the presentation prepared an official video teaser, indicating the date of the announcement. Thus, on March 26 in Paris, representatives of the manufacturer will show the devices and announce the dates of their appearance in stores, as well as the price. 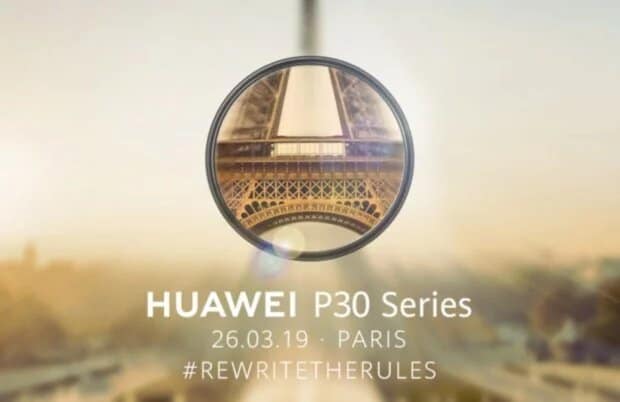 A large Full HD + screen of all three devices will receive a drop-like cut-out, each of which will also receive a top Kirin 980 chipset in combination with 12 GB of RAM. The entire line of devices will work on Android Pie running its own EMUI interface.
It is known that the maximum version of the P30 Pro will receive a ToF sensor in addition to a triple camera, as well as a 10-fold optical zoom system and a 40-watt fast charging system.
Next News
Qualcomm plans to produce processors for budget smartphones

Xiaomi invests in the Internet of Things