AN1.com    →    News    →    Novelty    →    Smartphone with retractable keyboard
In addition to the world-famous giant companies, small startups take part in the MWC 2019. One of them, F (x) tec, on the eve showed a prototype of a mobile device, the main feature of which is a sliding five-row keyboard.
The gadget for $ 650 has a Snapdragon 835 processor in combination with 6 GB of RAM and 128 GB of ROM and a 6-inch AMOLED screen. A fingerprint sensor located on the side is responsible for security, and photo-video capabilities are implemented using a dual main camera with 5 and 12 megapixel sensors and an 8 megapixel front camera. 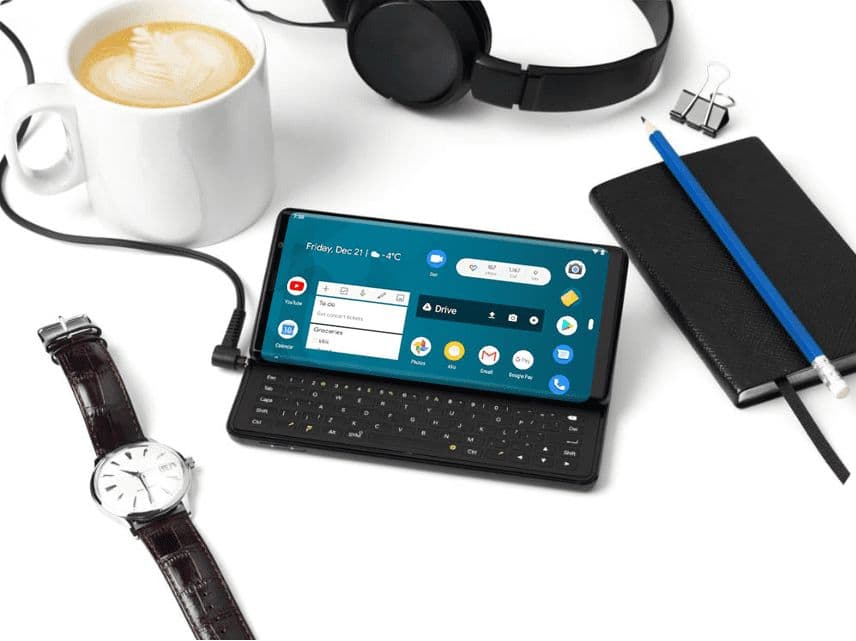 At the moment, the device has some optimization problems associated with the use of a modified Android Pie, but since this is just a prototype, developers will have time to debug before the start of sales, scheduled for July.
Next News
Started production of new Samsung flash memory

Xiaomi is still ahead of all competitors in India