AN1.com    →    News    →    Novelty    →    Xiaomi developed "invisible" front camera technology
One of the directions over which smartphone manufacturers are fighting is camouflage of the front camera. Among the implementation options, you can remember to install cameras in an outgoing mechanism or under the screen, the second option is more preferable, but until now, engineers have not been able to make the lenses invisible. However, Xiaomi, a Chinese company, seems to have made a significant step forward in this direction.
The other day, a new camera camouflage technology was introduced that does not distort the image. According to the Chinese, the current solution has become the third generation of development and shows a perfect result. 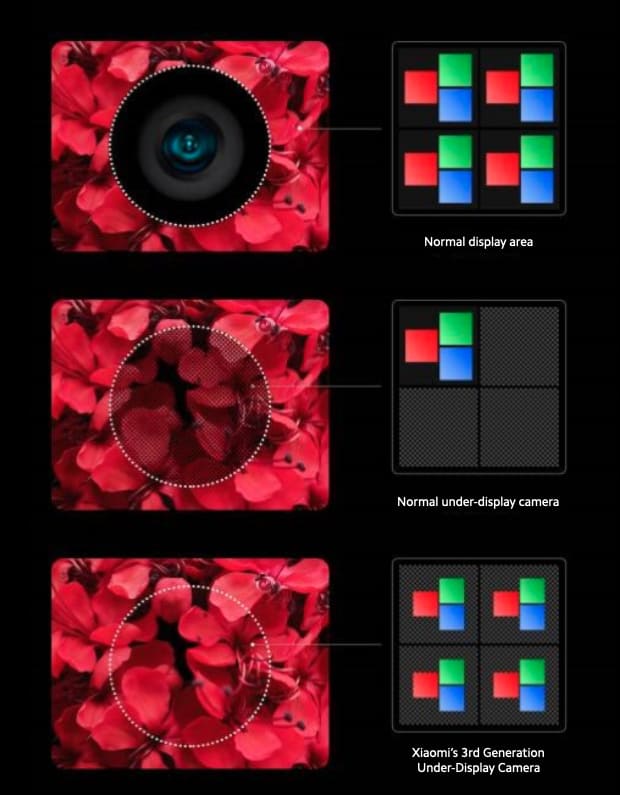 Solutions that have been shown to the public until recently, however, do not provide a good degree of camouflage of the front camera under the display, if desired, it can be easily located even without additional equipment. This was due to the use of a small number of subpixels over the camera, which resulted in a noticeable deterioration of the image.

The Xiaomi engineers were able to ensure equal pixel density throughout the screen without compromising the quality of the front camera. Accordingly, the brightness, saturation, and color gamut above the camera is in no way inferior to the rest of the screen.
Commercial application of the technology is expected in the next year.
Next News
OnePlus prepares a $200 budget smartphone for release

HMD Global has blocked the bootloader on Nokia devices

Samsung is working on a budget smartphone on Android

Live images of ROG Phone 3 have appeared on the Internet

Intel will not produce 5G modems