AN1.com    →    News    →    Android    →    ROG Phone 3 is the most powerful flagship according to AnTuTu
According to the results of August, ASUS ROG Phone 3 became the most productive smartphone under AnTuTu version. With a Snapdragon 865 Plus chip and 12 GB of RAM, the gaming smartphone managed to score more than 615 thousand points, 5 thousand points ahead of going to the second place OnePlus 8 Pro with Snapdragon 865. Third place went to the OPPO Find X2 Pro with the same characteristics as OnePlus, however, the flagship managed to beat out only 601 900 points. 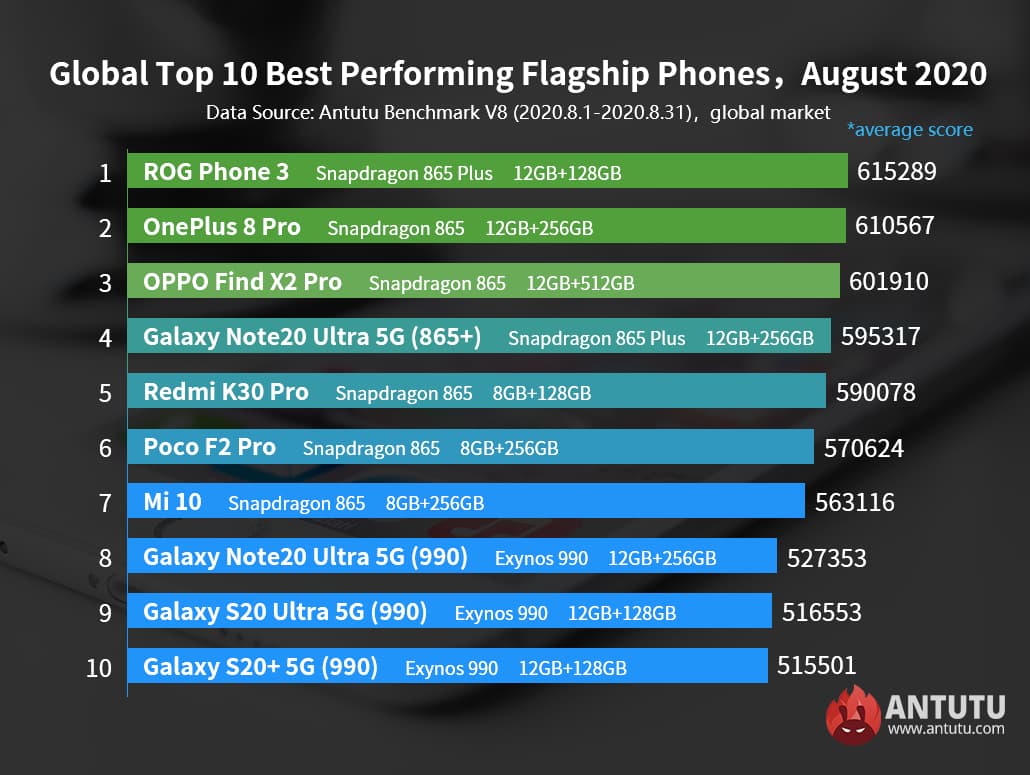 Among the devices of the middle price category, the new product from OnePlus took the main place in the rating. With the Snapdragon 765G chip and 8 GB of RAM Nord managed to beat out almost 327 thousand points, 13 thousand points ahead of 5G-version Redmi K30 on the same chip, but with 6 GB of RAM. Finally, HUAWEI nova 7i got the "bronze" - with the Kirin 810 chip and 6 GB of RAM the device managed to score only 309 thousand points.
Next News
Google Play will be able to share applications

Google identified a critical vulnerability in the installer Fortnite