AN1.com    →    News    →    Novelty    →    Characteristics of unannounced Galaxy Note 9
In the archives of the benchmark Geekbench appeared data on the passage of the test Galaxy Note 9. According to the presented characteristics, the future flagman will operate on the basis of the top-end chipset Snapdragon 845 in combination with 6 GB of RAM, BGR reports. In addition, fingerprint sensor in the gadget will be built right into the screen. 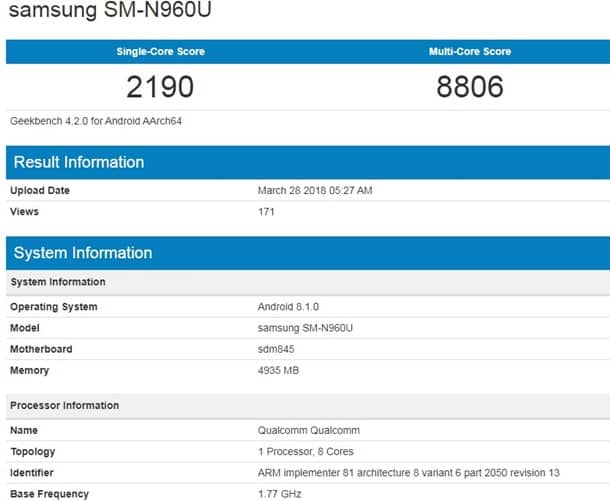 As for the test results themselves, in the single-core mode the gadget collected 2190 points, and in the multi-core - 8806 points. Thus, the novelty significantly loses Galaxy S9 Plus on the basis of Exynos 9810, which managed to score 3648 and 8894 points, respectively.
Next News
Coming soon Google Pixel 3

Google has improved the quality of video on Pixel 3