AN1.com    →    News    →    Novelty    →    Sales of "Racing" OnePlus 6T start today
Yesterday, at a specially organized event, OnePlus introduced the “racing” version of its flagship smartphone. In addition to the McLaren nameplate, the device received some other improvements. In particular, the operative memory of the device was increased to 10 GB.
The "highlight" of the novelty is the improved charger, which in just 20 minutes charges the battery with a capacity of 3700 mAh for the whole day. In the box there is a cover made using racing carbon fiber. 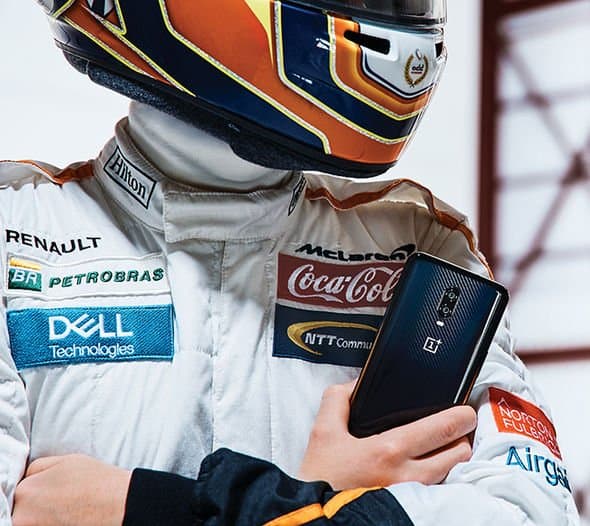 As for the rest, not counting the “racing” themes of the system and the orange edging, this is still the same OnePlus 6T with a 6.41-inch FullHD + display preloaded with Android Pie, a Snapdragon 845 processor and a dual main camera of 20 and 16 megapixels.
Already today, the smartphone will be available for 700 euros.
Next News
Xiaomi is preparing the announcement of a budget gaming smartphone

Samsung will hide the front camera