AN1.com    →    News    →    Apple    →    iPhone set the record on Geekbench
A new yet unannounced "Apple" smartphone showed better performance according to the version of the benchmark Geekbench. On June 27, the gadget, signed in the history of the popular test as "iPhone 11,2", scored 4670 points in a single-core mode, and 10910 in a multi-core mode, which far outpaced the performance of the iPhone X and left far behind the flagship Galaxy S9 + 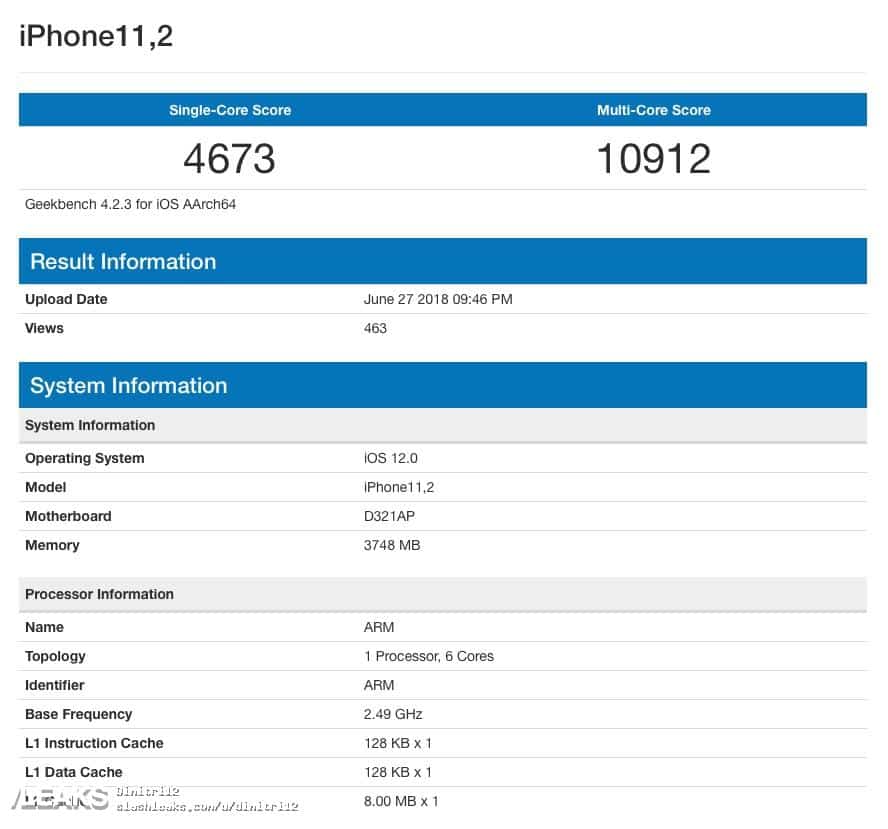 The heart of the future flagman is a six-core A12 processor with a frequency per core of 2.49 GHz and 4 GB of RAM. The mobile device works on iOS 12 and, apparently, at the moment has no competitors among Android flagmans. Comments from representatives of Apple on this smartphone has not yet been received.
Next News
Full-fledged Photoshop for Apple tablets

Apple is working on a smartphone in water