AN1.com    →    News    →    Novelty    →    Honor will show ultra-fast artificial intelligence
The other day on the official website Weibo social network company Honor posted a picture, in the style of the first flight to the moon, in which she informed subscribers that on Monday something unique, revolutionary and ultra-fast will be shown. In particular, it was said that the technology will become even faster than people for a whole second. 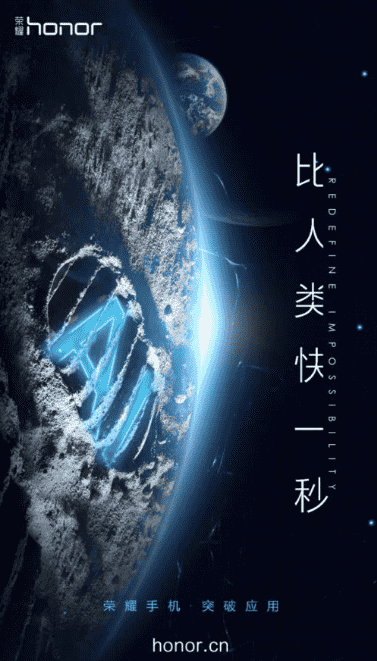 A little later, the head of the company George Zhao noted that they were able to make a tangible breakthrough in the field of artificial intelligence. There is a possibility that in this way the top manager wanted to hint at technologies that speed up smartphone performance.
Next News
Sony is working on 48-megapixel sensors

LG will outsource the production of low-cost smartphones

The presentation of Pixel 4a may take place already this month