AN1.com    →    News    →    Novelty    →    Huawei stripped of employee bonuses
Because of the trade war between China and the United States, the relationship between the companies in these countries is rather complicated. That is why even the most minor miscalculations can cause a violent reaction. So during the week it became known that a group of employees of the company Huawei cut wages and even demoted because they allowed the appearance of a greeting card for subscribers sent from an iPhone smartphone.
The oversight of the staff was very quickly corrected, but unfortunately for them, the screenshot with the post was made by the famous blogger Marques Brownlee, and from its submission quickly spread over the Internet. 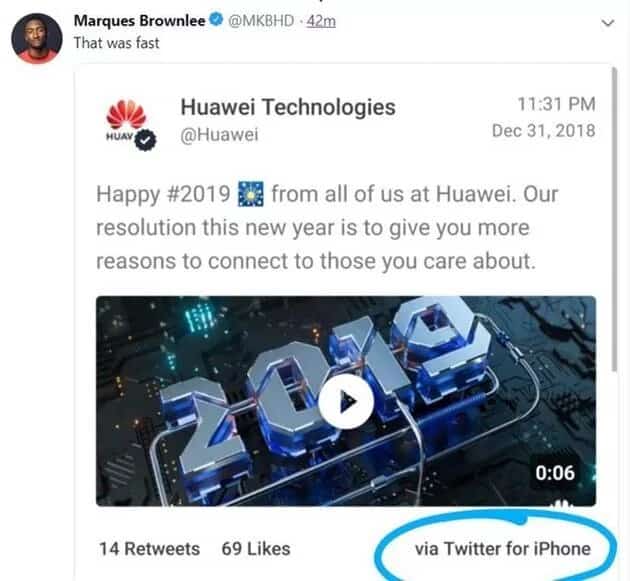 Huawei’s management could not and did not quickly find the perpetrators in such a situation. The manager of the marketing department was demoted, and the employees who made this annoying oversight will receive $730 less in the coming year.
Next News
Nubia intrigues new gaming smartphone

Google has improved the quality of video on Pixel 3

Racing on the off-roads - Asphalt Xtreme