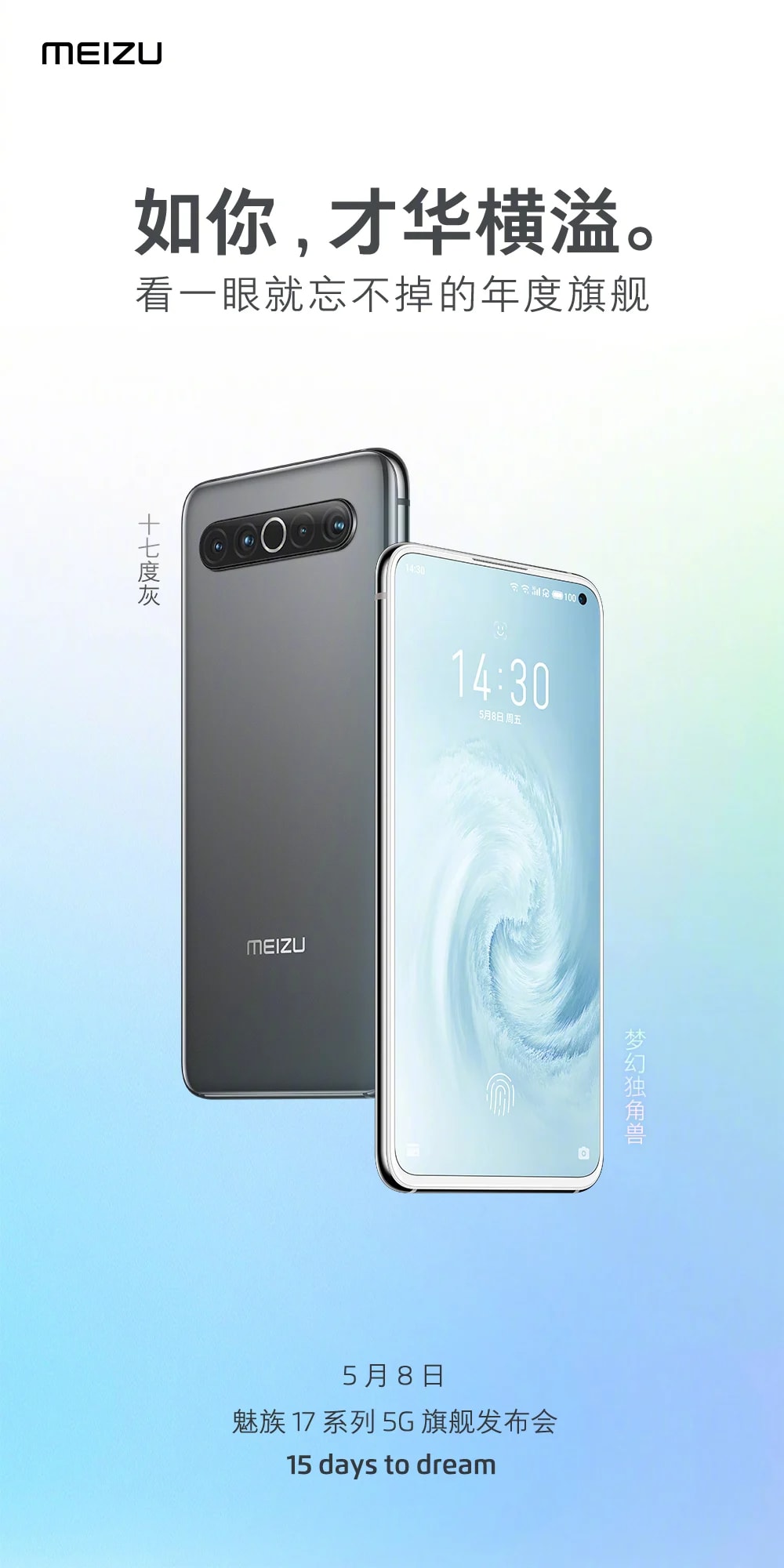 Exactly half a month before the release, Meizu declassified the design of the future flagship by posting its render on its official page. Thus, the assumptions of numerous insiders were justified, and the device received exactly such characteristics, as reported in numerous leaks.
In the upper right corner of the display in the circular cutout there will be a front camera, a fingerprint sensor will be integrated directly into the display. Four lenses with LED flash are horizontally placed on the rear panel of the device.
Apparently, among the colors of the device, gray and white tones will be used. Under the “hood” Meizu 17 will be a powerful Snapdragon 865 in a bunch of RAM type LPDDR5. The cost of the device will be $ 564 in the minimum configuration.