On eBay sold prototype of the first iPhone

Apple
Internet auction eBay often presents surprises. This time, one of his lots was a test sample of the very first version of the iPhone smartphone. At the moment, the largest bid for the rarity has reached 12,100 dollars, and there is still a week of trading ahead. 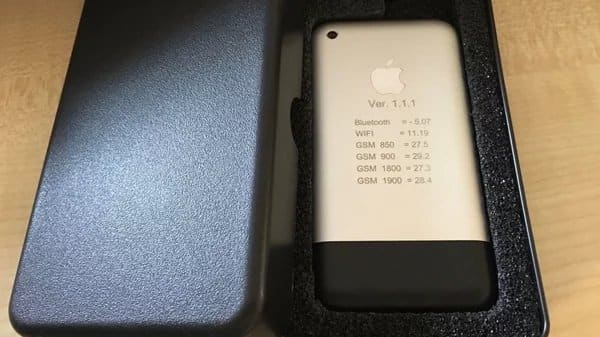 It is noted that the gadget was assembled in the Cupertino laboratory a year before the release of the first version of the iPhone. How the Portland resident has found such a unique instance of Apple products is unknown. The man himself admitted that he had already attempted to sell this smartphone three years ago, but in the end no one offered a sufficient price for the test sample.
By the way, the smartphone installed some test applications, for example OS X.